It’s not uncommon for people new to paid search to get overly focused on certain PPC metrics.

While I applaud their interest, I often find that those metrics—in isolation—aren’t terribly useful.

At the same time, I can understand the fascination with certain numbers. After all, it’s easier to focus on one or two highly visible numbers than more complex metrics that are harder to nail down.

And, sometimes, I think these metrics become a way to avoid taking a broader perspective and asking tougher questions.

Therefore, I’m going to use this post to describe a few metrics that get more attention than they deserve—and what you might want to focus on instead. 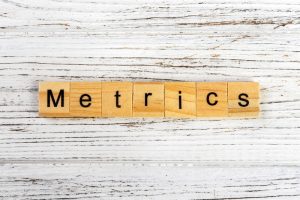 There’s nothing wrong with looking at form completion rates, of course.

But a problem arises when you choose to focus on form completions while ignoring phone call inquiries.

To track phone calls, you need to implement AdWords call tracking. In general terms, this involves setting up a conversion action and installing a conversion tracking tag. Once these are in place, Google will dynamically generate a telephone number for your leads to call—and you can use this number to tracks the calls your ads are generating.

Sometimes PPC novices feel anxious about this process. They worry that it will be hard to set up. And because the number is auto-generated, they worry that prospective customers will write it down, intending to call later—only to find that the number no longer works.

But in my opinion, if anyone decides to call back at a later time, they’ll simply Google the company name again to get the contact information.

For example, we have one client who gets most of their leads via phone calls. But they’re only tracking form completions. They’re currently getting about three hundred forms per month. But we’ve confirmed that they’re getting about a thousand phone calls!

Without call tracking in place, we can only guess at the true number of leads our ads are generating.

In addition, it leaves us with a very incomplete picture of what’s happening with the account. In particular, I wonder if phone leads are more purchase ready than those who complete the online form. If so, there may be some untapped opportunities there. But as the situation stands, we simply don’t know.

Also, this incomplete tracking of leads underplays the value of our PPC program. It’s harder for them to justify their PPC spend to the marketing director when they’re only counting a portion of the leads it’s generating.

As an aside, this “phone number phobia” can even go beyond conversion tracking to a reluctance to post phone numbers on company websites entirely! Which only results in more lost leads (not to mention losing the trust signal of having a phone number available).

Even if you’re not getting many phone calls, one or two calls a day add up over the course of a month or year. And if those leads are more ready to buy, do you really want to ignore them?

Cost per click is another favorite number for many PPC novices. When costs per click go up or down, the change is readily apparent. As a result, we have many conversations with clients who are concerned that their CPCs are higher than last year, for example.

But in isolation, ups and downs in CPC don’t mean much. After all, we can lower CPC by adjusting bids down, no problem. But is that what you really want?

Because if your sales are compensating for the CPC increase, and then some, do you really need to be concerned? I would argue that ROI is a better number to focus on.

That doesn’t mean that you should ignore CPCs, of course. While not significant in isolation, they can be an indicator of larger issues at play. Maybe your landing pages need some work. Or maybe new competitors have entered the market and you need to reconsider your positioning. Or maybe Google has simply raised their prices.

But these are tougher issues to address. So the tendency is to simply talk about CPC increase.

We rarely look at quality scores. We’ll make a note when we take on a new client with a low score. But once we revamp and re-launch their PPC strategy, quality scores almost always go up.

Therefore, quality scores are a metric to watch but not focus on. They’re a good indicator, but not something you need to “fix” per se.

This point was driven home by a client who became fixated on quality scores as a way to lower his CPC. And yes, quality score is one factor in determining CPC.

But this client’s scores were already at seven, and we felt that driving them up further would have little impact on CPC.

However, he insisted and raised our budget accordingly. So we raised our bids significantly and made sure all our elements (e.g. keywords, ads and landing pages) were super focused (which they already were).

After this experiment, the client’s quality score remained the same, and we had no improvement in ROI.

Having said all that, there is an exception: In industries where click costs can be astronomical, such as law and insurance, managing to quality score can sometimes be a helpful strategy, as described in my Search Engine Land article, Beat High-Cost Paid Search Clicks by Sweating the Details.

I’ll admit upfront there are some situations where “more traffic” isn’t a bad metric. But it has to be for a limited time and for a specific purpose.

For example, we’ll sometimes focus on boosting (relevant!) traffic when we’re building brand awareness for a new company or product.

But generally, “more traffic” shouldn’t be a central focus. Instead, your goal should be conversions. Because all the traffic in the world isn’t going to help if no one’s buying.

For example, we have one long-time client who takes a strong interest in SEO. Recently, he took his company’s SEO marketing to a top-of-the-line SEO agency. He was determined to have his website show up on page one of Google for some highly competitive SEO terms.

Since then, the SEO agency has been triumphantly reporting on increases in web traffic. Which is great. But I want to know how much of this traffic is translating into leads. Because “more traffic” in and of itself isn’t a success metric. “More sales” is.

And this is true not just for SEO, but also content marketing—and PPC!

What Metrics Are You Paying Attention To?

While it’s great to look at metrics to see how your marketing and advertising channels are performing, please don’t stop there.

Dig deeper to see what’s behind those numbers. Because often, those metrics aren’t a problem to be solved. But they might point you to a complex, under-the-radar issue that does need your attention.