It’s become a December tradition at Group Twenty Seven to compile and share a wish list of things we’d like to see in PPC for the coming year.

Sadly, we didn’t get everything we asked for in our 2017 PPC wish list or 2018 PPC wish list. But who knows… maybe this year will be different!

As usual, most of our wish list items relate to Google. This isn’t because we intend to pick on the company, but because Google so thoroughly dominates the paid search industry.

And for the record, we’d like to say that while our wish list is long, we know things could be a whole lot worse! 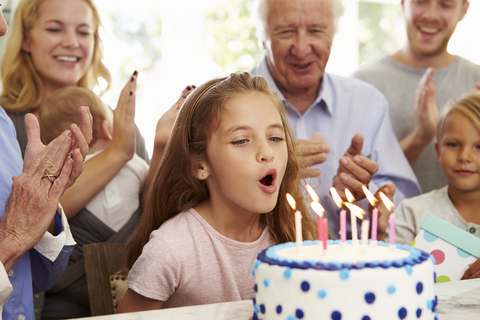 With the many recent changes to text ads, we’ve seen a worrying degradation in readability. This is partly because different ad elements are now being “smooshed” together.

Take this ad for example:

When all of these elements are strung together in wrapping lines, it makes the ad much harder to read (and therefore, less likely to convert).

I much prefer the former practice of placing each element on a separate line.

Yes, this may take up more space. But it makes for a better ad.

Over the past few months, my team and I have grown increasingly frustrated with Google Ads phone support.

It seems that we’re offered different (and often conflicting) advice every time we call. Many times, it’s obvious that the reps have no real idea of the answer and are offering whatever advice seems vaguely plausible.

Occasionally, the stars will align and we’ll get a rep who is actually knowledgeable and confident. But about 85% of the time the rep has no clue.

We haven’t been the only ones to comment on this change. Digital marketer Amy (Hoffman) Bishop made the same observation on Twitter:

As experienced PPC professionals, we can usually tell when a rep’s response is off base and push for a better answer.

But if you’re new to PPC, you could easily end up going in circles without even knowing it.

Wish #3: Loosen Up on Google Grants

Trying to maximize the available Google Grants ad spend is a longstanding issue. Many of our clients have a $10,000 maximum Google Grant to spend. But with all the grant restrictions, we can usually only spend about $1,000.

This situation has become even worse in recent months. Lately, we’ve only able to spend about $50 of the available amount in some accounts!

In addition, we’re also getting a lot of pushback. We’re constantly receiving automated warnings that threaten to suspend our Google Grants campaigns.

Typically, when we look into these alerts, we find that the basis for the threatened suspension is weak or incorrect.

In another example, when we called to inquire about a campaign suspension, the rep stated that the account was suspended for targeting outside the U.S. That this kind of targeting was not permitted was news to us. When we asked where we could find and reference this rule… the rep couldn’t tell us.

The kicker was that the campaign had only garnered a handful of international clicks. Did this really warrant campaign suspension?

Even more galling was that this campaign was for an international association that supports people suffering from a particular type of cancer. Shutting it down over an unclear infraction (that might not be an infraction at all!) doesn’t seem very charitable.

It makes you wonder whether Google is genuine in its support of charitable causes—or whether the Grants program is merely an exercise in PR.

Our experience with Google training has run the gamut from very good to just okay.

When my team has been offered Google training specific to us (as happened recently), then we’ve been extremely happy with the quality.

But when the training is directed to Google Ads users in general, it often falls short.

For example, the resources found in the Google Ads help center are often way more confusing than they need to be. Often, we can’t find what we’re looking for and end up having to figure stuff out for ourselves.

This doesn’t mean I expect my team and I to get customized, small group training all the time (although that would be great!).

But it would be nice to have more in-person training opportunities and webinars.

Here’s hoping that our wishes are granted in 2019!

Do you agree with our choices? What items would you include on your PPC wish list?