Video advertising continues to grow in popularity. And indicators are that it still hasn’t reached saturation point.

But still, some advertisers hesitate. They worry about investing in video ads and then not getting the results they want.

They have a right to worry. It’s entirely possible to create a “bad” video ad (i.e., an ad that fails to support your marketing objectives). So you need to do your homework.

While every business is different, there are some rules of thumb you can use to make your video ads better. Here are some of them: 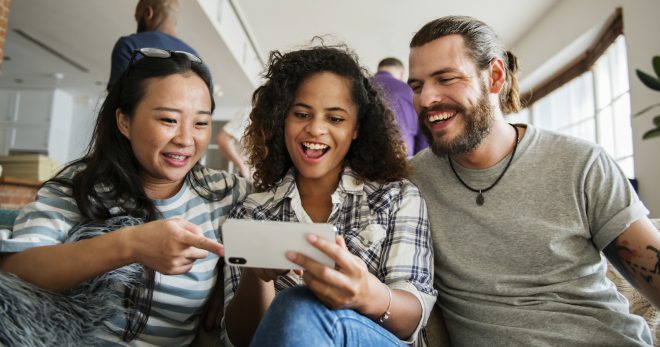 Many people think that online video ads are essentially the same as traditional television ads. But there are some important differences.

Perhaps the biggest difference is that TV advertising is more broadly targeted. Sure, you might know some viewer demographics for a particular show.

For example, Nielsen data shows that viewers of the TV show “This is Us” are 79% white and (I presume) mostly female.

But because the number of viewers is so large, you might not see the same concentration of characteristics on other measures, such as behavior or psychographics.

With online video advertising, you can get much more granular in your targeting.

This means going beyond basic audience demographics such as age, gender, and location. It can mean diving deep into passions and interests.

Because you have the ability to get super-granular, you can really target your message to individuals, as opposed to more diverse groups of individuals.

One problem with traditional TV advertising is that it interrupts the viewer.

You’re watching the latest episode of your favorite show and then – Blam! – you find yourself watching a commercial for laundry detergent. This kind of interruption makes it harder to capture interest and may even build resentment.

TV advertisers have become more sensitive to this kind of interruption. And they’re doing a better job of matching commercials to the TV program and the demographics of the people watching. But even so, we all still find ourselves annoyed at some commercials!

With video advertising, you have the opportunity to make your ads highly relevant to the video content. As a result, your ad feels less like an interruption and more like a value-add.

In fact, some advertisers are creating hundreds of slightly different versions of the same ad to better blend with the video where they are displayed. This might sound like a huge task, but new tools are making it a whole lot easier.

3. Capture Attention out of the Gate

Unlike some other forms of advertising, with video ads you don’t have leeway to slowly build to a climax. You’ve got to grab attention immediately. Otherwise, people will skip your ads after five seconds.

Video ad producers and scriptwriters have developed a few different ways of achieving this.

One method is storytelling. When the premise of a story captures your attention, you’re much more inclined to stick around to see how the story will end.

The use of celebrities is another method. When an ad features a celebrity who’s popular and relevant to the video content, people are more likely to continue to watch the ad in full.

The necessity of capturing attention early isn’t due to shrinking attention spans. It’s due to the growing number of content choices available.

People are getting more selective about what they’re watching. If something doesn’t interest them immediately, they won’t hesitate to skip, scroll, or fast forward.

Perhaps more than any other advertising platform, YouTube creators have developed strong relationships with their fans.

In fact, more viewers than ever are following their favorite creators and engaging with their channels every day.

This creates a new opportunity for advertisers. Because by collaborating with video content creators, you have a new way of reaching their fans.

Not long ago, slick, highly produced video ads were the gold standard.

But the rules have changed. Today, video content that feels raw and authentic can sometimes perform better than highly produced content.

The choice of whether to go slick or raw will depend on your brand, of course. But you shouldn’t assume that your ad needs to have the same production standards of high-end television commercials.

So don’t automatically reach for stock images and footage. And don’t be afraid to make your ads feel more personal and human.

This may mean putting “real” people in your ads. When you feature people that viewers can relate to, it can help make your product or service resonate.

But some formats may be better suited to some goals than others.

For example, skippable in-stream ads are often a good choice when your goal is to develop leads.

Non-skippable in-stream ads and bumper ads may be better suited for brand awareness and reach.

So consider carefully which video format type to choose based on your marketing objectives.

7. Include a Call to Action

Tell people what you want them to do after watching your video ad, whether it’s visiting a website or making a purchase.

The new CTA overlay in TrueView ads has made this even easier.

But you can also include a call to action within the video ad itself.

Calls to action are nothing new in marketing. But they are sometimes overlooked when it comes to video ads. And often, the more specific your CTA is, the better.

Once you’ve created and posted your ads, your job is only half done. You still need to monitor your results and see how each ad is performing.

Don’t be afraid to experiment with your ads by moving them to different time slots or channels.

Google’s machine learning can help you with this. But you shouldn’t be afraid to make manual adjustments as well.

Only then will you be able to see which ads work best under what circumstances.

Is It Time to Give Video Ads a Try?

Getting started with online video ads can be intimidating. But it’s not as difficult as you might think.

By following these eight tips, you’ll avoid some of the biggest pitfalls.

This article was originally published in Search Engine Journal.