When you manage online advertising campaigns for companies with global reach, the following question inevitably arises:

Do you really need to translate your Google Ads into local languages?

In most cases, the answer is yes.

Unfortunately (or perhaps fortunately!), Google Ads won’t automatically translate your ads for you.

If you create an ad in English and then select Spanish as your target language, your ad remains in English – but it will target Spanish speakers.

And unless those Spanish speakers also understand English, your English-language ad won’t get much traction. 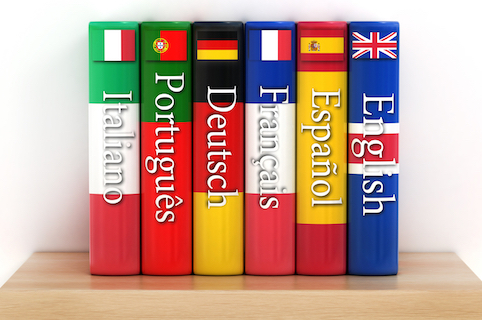 In my experience, CTR rates are consistently (and often substantially) higher when ads are written in the local language instead of English.

For example, here’s what happened in one client account from mid-July to the end of October last year:

As you can see, click-through rates were twice as high in the translated ads as the English ads in some cases.

But even with these significant differences, some advertisers resist translating their ads.

They just don’t want the hassle.

But it’s not as difficult as you may think – especially if you plan carefully.

Here are some tips on how to make the process easier.

1. Work With a Trusted Translation Service

Given the popularity of Google Translate, you might be tempted to use it to translate your ads from English into other languages.

If you’ve used Google Translate, you know it can help you get the gist of something written in a different language.

But usually, its translation is far from perfect.

Instead, work with a good translation service.

If you haven’t worked with a service before, have another translation service double-check its work – at least to start.

Or, run it by a team member who speaks the local language.

Keep in mind that the same language can have significant regional differences. Spanish in Spain will differ from Spanish in Mexico, for example.

So make sure you’re working with local speakers.

Some languages seem to require more room than others to say the same thing.

So your translated ad might run out of character space.

That’s why we provide client-approved messaging and character-count limits to the translation services we use.

3. Accept That Equivalent Words May Not Exist

You may find that some of the words in your ad copy don’t have an equivalent in the local language – especially if the words are technical.

Resist the urge to make up words or use words with a slightly different meaning.

Sometimes you’re better off sticking with the English word when there’s no equivalent in the local language.

Again, this is where a good translation service and the input of a local speaker can help.

4. Don’t Forget About the Display Network

Most people start with the search network when they start translating ads – maybe because those ads are so text-heavy.

But don’t forget about your Display ads.

Have them translated, too.

And because they contain less text (and you can use the same image in most cases), they can be fairly quick to do.

At the same time, don’t forget to have your landing pages translated.

People don’t want to click on an ad in the local language and be taken to a landing page in an entirely different language.

You’ll not only annoy potential customers, you’ll also waste a lot on budget on clicks that won’t convert.

While you’re getting your ads and landing pages translated, don’t forget to get your keywords translated, too.

Because you’ll be working with a different language, you should expect negative keyword management to take longer.

It isn’t typically a huge deal – but you should plan for it.

Negative keyword management is something where Google Translate is actually quite useful.

You can look up words in Google Translate to help you decide if you should add them to your negative keyword list.

8. Create Separate Campaigns for Each Language

When you set up your campaigns in Google Ads, make sure to create separate campaigns for each language (as opposed to grouping them all together).

This makes it easier to monitor and compare performance.

It will also prevent words that are shared by both languages from triggering ads in the “wrong” language.

9. Target the Right Language in Your Settings

Selecting the right target language in your settings is simple, but it’s also easy to overlook.

Choose the language of the customers you’d like to reach.

So, for example, if you have a German language campaign, you want to target German speakers.

Here’s how Google Ads explains it:

“Language targeting allows you to choose the language of the potential customers you’d like to reach. We’ll show your ads to customers who use Google products (such as Search or Gmail) or visit sites and apps on the Google Display Network (GDN) in that same language.”

Just because you’ve gotten your ads and messaging translated into the local language, that doesn’t mean you can’t also run English language ads in those regions – even if they’re not predominantly English speaking.

Again, specify the language you want to target (in this case, English).

This will allow you to target English-speakers in those regions, such as local multilingual speakers and visiting English speakers.

Translating Ads Can Be Well Worth the Effort

Yet, that time and effort can be well worth it given the differences we’ve seen in performance.

But don’t take my word for it.

Translate some of your international campaigns and see how they perform.

And if they do well, you might consider translating them all.

This article was originally published on Search Engine Journal.