On March 27, Google announced that it would give ad credits to small and medium-sized businesses (SMBs) to help alleviate the impact of the coronavirus outbreak on communities and businesses.

My team and I were excited to learn about this new program. But we’re also a bit anxious to see how it will all play out — especially as the announcement and subsequent communications have been vague on details.

In this post, I’ll summarize what we know about the program so far, and where we see possible pitfalls. 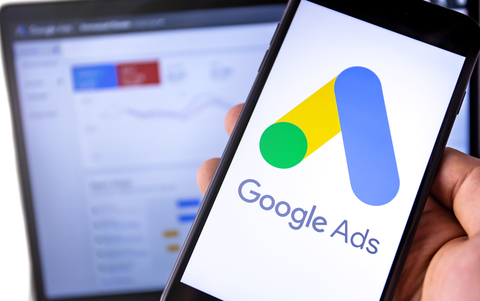 What’s the context of this program?

As everyone knows, the coronavirus is having a dramatic impact on the world, from healthcare to the economy.

And the $340 million pledged to SMBs is one of those initiatives.

Here’s the announcement from Google CEO Sundar Pichai on Twitter: 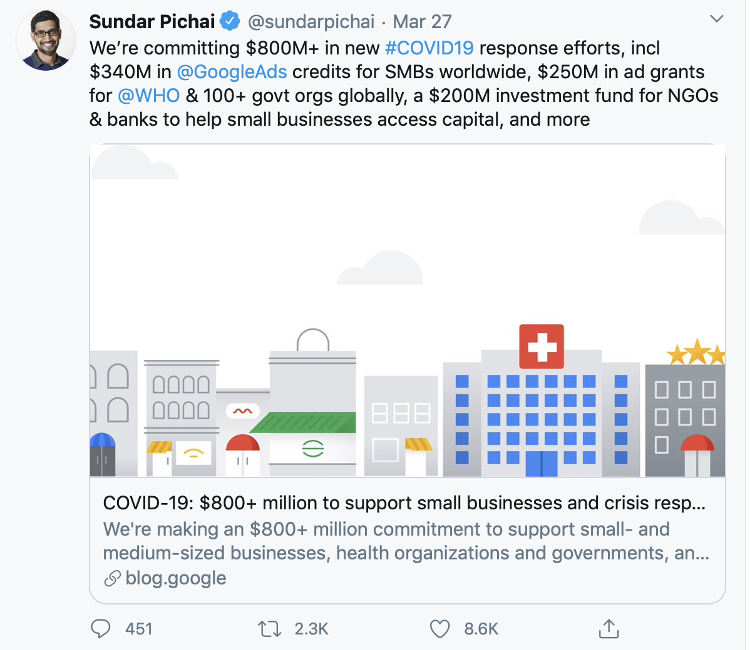 Why is Google offering these credits?

Google says that it wants to alleviate “some of the cost for small and medium-sized businesses (SMBs) to stay in touch with their customers during this challenging time.”

I have no reason to doubt them. I’m sure they really do want to help out businesses.

But at the same time, the program also benefits Google. As Lucas Matney of TechCrunch puts it:

Google’s ad business has taken a major pandemic hit as businesses that have temporarily closed up shop or reduced operations have also stopped advertising their services. Giving away hundreds of millions of dollars worth of ads gets some of these businesses back to their advertising dashboards, lets Google boost the throughput of the competitive ad ecosystem and lands the company some solid goodwill in the process.

How do you get the credits?

You don’t have to apply to receive the credits.

If you’re eligible, a credit notification will appear in your Google Ads account in “the coming months.”

So it’s impossible to say when, exactly, these credits will appear. And you won’t know for sure that you’re getting them at all until you’re notified.

How can you use the credits?

They can be used across all Google Ads platforms, including Search, Display, and YouTube as well as all campaign types.

Excellent question. Unfortunately, we have no idea.

Google hasn’t said how the amount of credits will be calculated.

Let’s hope that if you’ve spent millions of dollars on Google Ads you won’t end up with a slap-in-the-face credit of $1K.

Will you actually get ad credits under this program?

The ad credits will go to small and medium businesses that:

Here’s where things get interesting.

The eligibility requirement that account holders must “have had active accounts since January 1, 2019” makes me nervous.

Because, unfortunately, some of my clients have been hit directly by lockdown restrictions and can no longer provide their services. And therefore, we’ve had to stop all advertising.

So would these accounts be considered ineligible because they’re no longer active?

I sure hope not. It certainly seems to go against the spirit of the announcement.

After all, some of these clients have been active users of Google Ads for over 10 years and have spent, literally, millions of dollars on Google Ads. So to exclude them because their accounts have been temporarily inactivated would be crazy.

I’ve reached out to my Google Ads reps to ask for clarity and advocate for my clients. When I eventually heard back, their response was neither helpful or heartening.

First, they failed to clarify whether an account would still be considered for credits even if it was temporarily “turned off.”

Second, they suggested that my clients consider “pivoting” to virtual services.

This response irked me. My clients are smart business people, and I trust them to know when pivoting to virtual services makes sense or is even a possibility. To imply this is something that wouldn’t have already occurred to them is, frankly, rather insulting.

What should you do if your marketing team has had to pause all campaigns?

Because I still haven’t been able to get answers on whether currently inactive accounts would be considered for this ad credit program, my advice is this: If possible, turn on a brand campaign or two, just to keep the account active.

That way, it won’t be flagged as an inactive account, and you may still receive some credits down the road.

As you can tell, everything is still up in the air on this one.

So have your marketing team keep a close eye on your Google Ads account in the coming months.

If ad credits don’t show up — and you’ve had an active Google Ads account since January 2019 — then reach to your Google rep directly for an explanation.

UPDATE: On April 20th, Google Ads updated its help page with a few more details about the ad credit program. Hat tip to Search Engine Land for catching the change.