If you’ve seen the movie Ghostbusters, you know the scene: A ghost appears in the local library. The frantic librarian calls the Ghostbusters team. The team arrives, saves the day and issues an invoice. A slam-dunk conversion!

Of course, this all happened when mobile phones were the size of shoeboxes and Google didn’t yet exist. 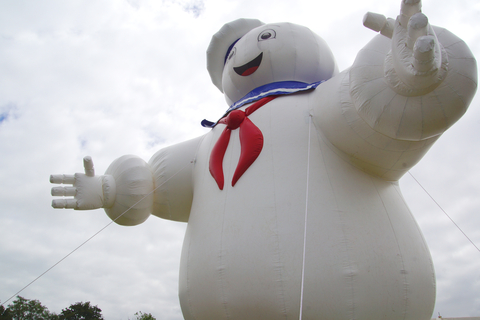 If you’re not yet familiar with call only ads, you will be soon. Call only campaigns were launched in February of this year via Adwords. The ads are designed to elicit calls from mobile phones (instead of clicks to landing pages).

The ads are short and to the point. They display a telephone number, URL, short line or two of text and prominent call button. 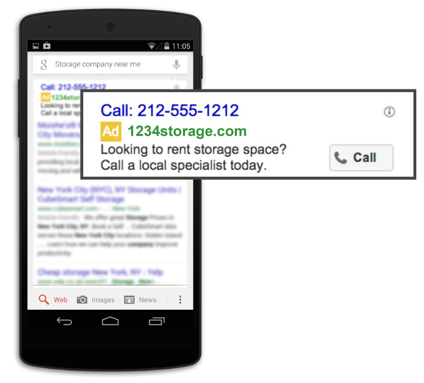 Google and the Google logo are registered trademarks of Google, Inc., used with permission

If calls last less than 30 seconds, the campaign isn’t charged for the conversion—so you don’t incur costs for wrong numbers or unintentional dials.

Who Should Use Call Only Campaigns?

Aside from ghost removal services, what other business should use call only campaigns? Generally, if your business gets more conversions from phone calls than contact forms, then you’re a good candidate.

Take, for example, one of our law firm clients. We’d been working with the firm for a while and had good success with text and display ads. The ads were getting targeted clicks with solid time on site and several page views per click.

But we noticed that most prospects weren’t filling out the contact form but calling the law firm directly instead. That’s when we decided to implement a call only campaign.

Let’s Look at the Numbers

We launched the campaign in April. Since then, we’ve had twelve call conversions, with calls ranging in length from five to 35 minutes! The cost of each call conversion lead was $203. The average cost of a call was about $59.

During the same period of time, Search Network clicks resulted in four contact form completions, at a cost of $2,587 per lead. (This number is somewhat misleading. Often prospects would click on our Search Network ad but then choose to call rather than completing the online form.) Average click cost was $57.

Do all of these numbers seem high to you? Keep in mind the context of our client’s business. For this law firm, a new client can mean a six figure win, making the $203 cost per call entirely reasonable.

A couple of additional things we like about call only campaigns:

So whether your business is Ghostbusting, or something a bit more mundane, try maximizing your advertising dollars through a call only campaign.