Most of us are familiar with commonly used AdWords extensions, such as sitelinks, call extensions and callouts. We know how they work and where they work best.

And because we’re familiar with them, we tend to go back to them again and again. Which is fine! If they’re working for your business, why stop?

However, there may be other extensions in AdWords that might also be useful. Extensions that you may not be aware of. Or that you’re aware of but haven’t considered. Or that you’ve considered but have written off. 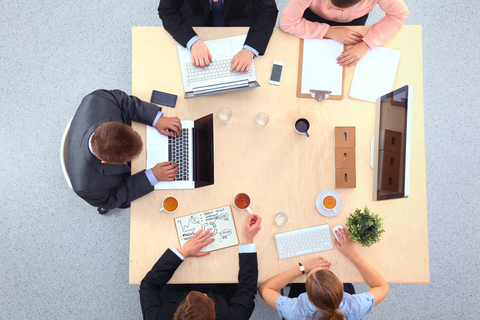 In this post, I’m going to take a closer look at three underutilized ad extensions that are worth considering—and dispel some of the misconceptions surrounding them.

Rolled out in the fall of 2016, message extensions allow people to click on your ad and contact you by text message. You create a message in advance, and then that message is pre-populated in the person’s messaging app when they click.

Message extensions give prospects yet one more way to reach you. And given the popularity of texting these days, it might be a good fit for some target audiences. (For more information on message extensions, see the AdWords help file.)

At Group Twenty Seven, some of clients (including many of our B2B clients) have been reluctant to try message extensions, mostly for logistical reasons. They worry about getting overwhelmed with a large volume of text messages. And they worry about having a live operator on call to monitor and respond to incoming texts in a timely manner.

Therefore, we often see this extension championed by some departments (who doesn’t want more leads?) and shot down by others (who wants to administer it?).

But the logistical challenges aren’t unsurpassable. For example, message extensions can be set up to work with third-party chat software. So if you already have chat in place, this functionality might be easily incorporated.

Other workarounds, such as automatically sending text messages to email, might make it easier to add this function to existing workflows.

It’s also possible to schedule message extensions so that they’re only live during business hours, allowing your “nine-to-five” staff to respond.

Whatever approach you decide on, start slow. Test just a few campaigns at a time to gage volume and see how things go to avoid getting overwhelmed.

Price extensions display specific products and pricing underneath your ad, as below (circled in red): 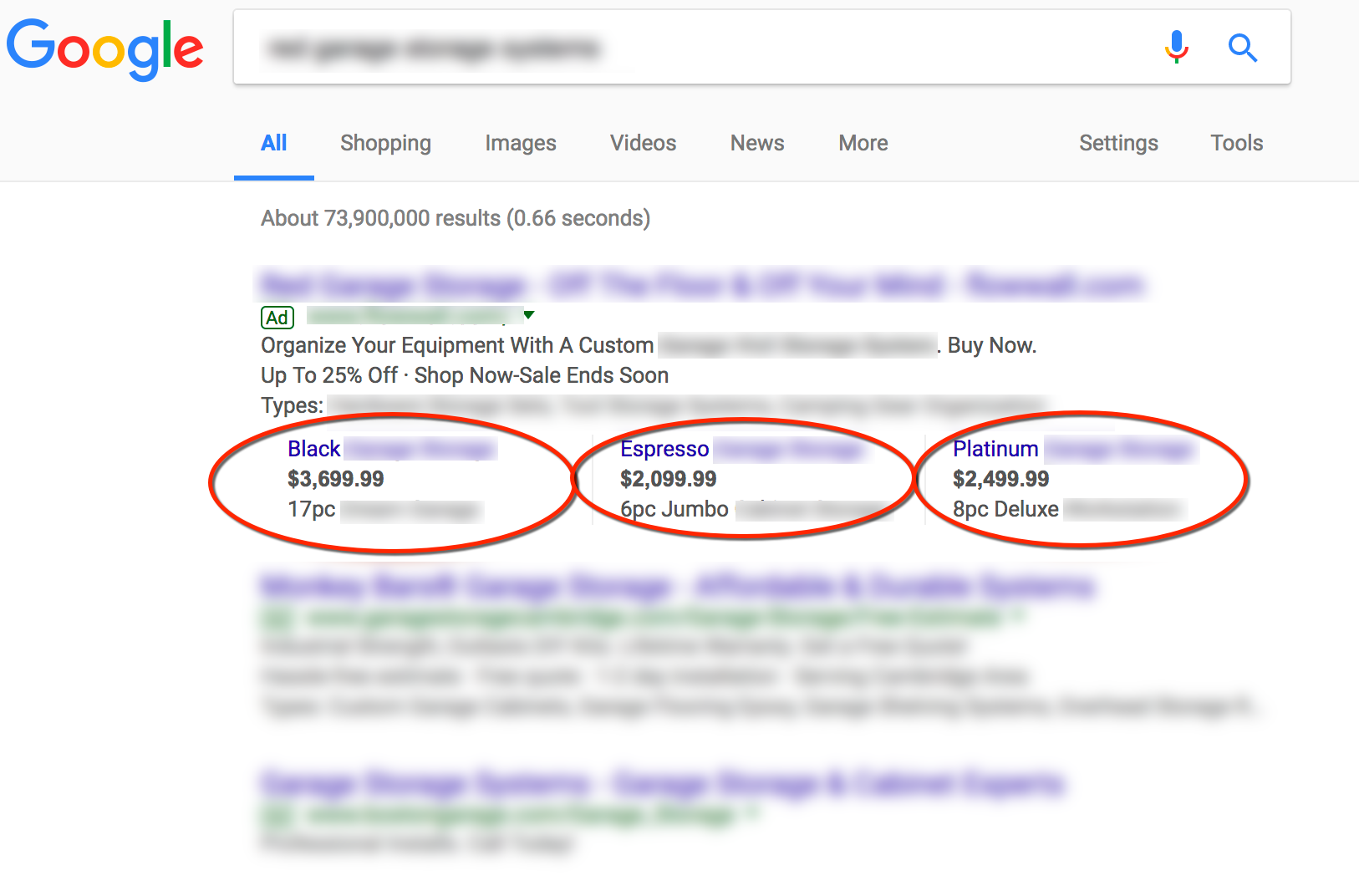 Here’s another example of price extensions: 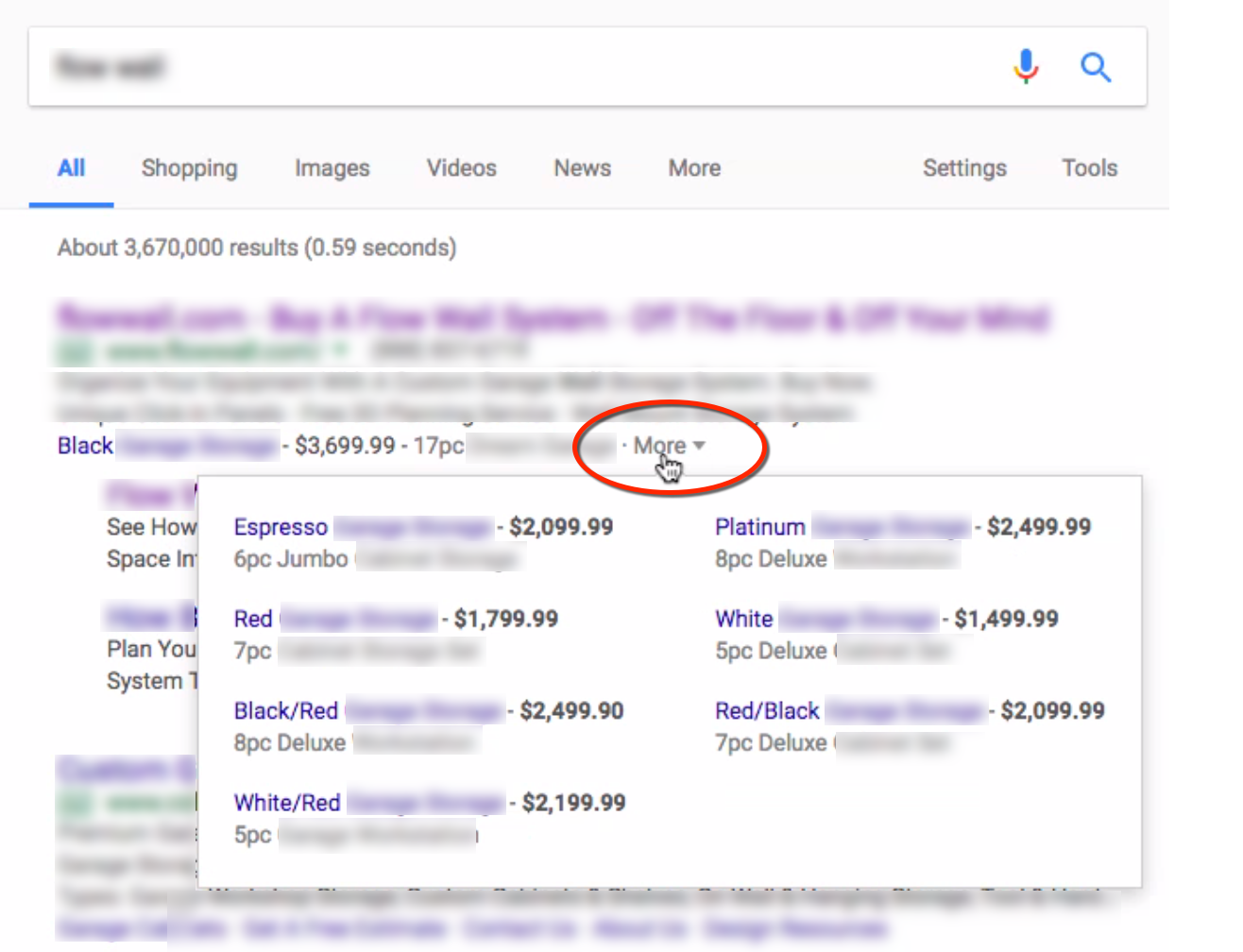 As you can see, these price extensions display when the visitor clicks on the “More” drop down option. Nice!

Some of our clients are reluctant to use price extensions because they know their products aren’t the cheapest on the market. They worry about losing clicks based on the prices displayed.

They have a valid point. But on the other hand, the price extension might serve as a lead qualifier, where those searching for the lowest price (with no consideration of product quality or service), will be encouraged to go elsewhere.

As you can see, the case for price extensions remains murky. As with any extension, you’ll have to do some testing to see what kind of response you get.

Nonetheless, price extensions are worth exploring because not a lot of businesses are deploying them—yet—which gives you the opportunity to get a leg up.

Promotion extensions allow you to highlight your sales and promotions in your ads, as below (circled in red): 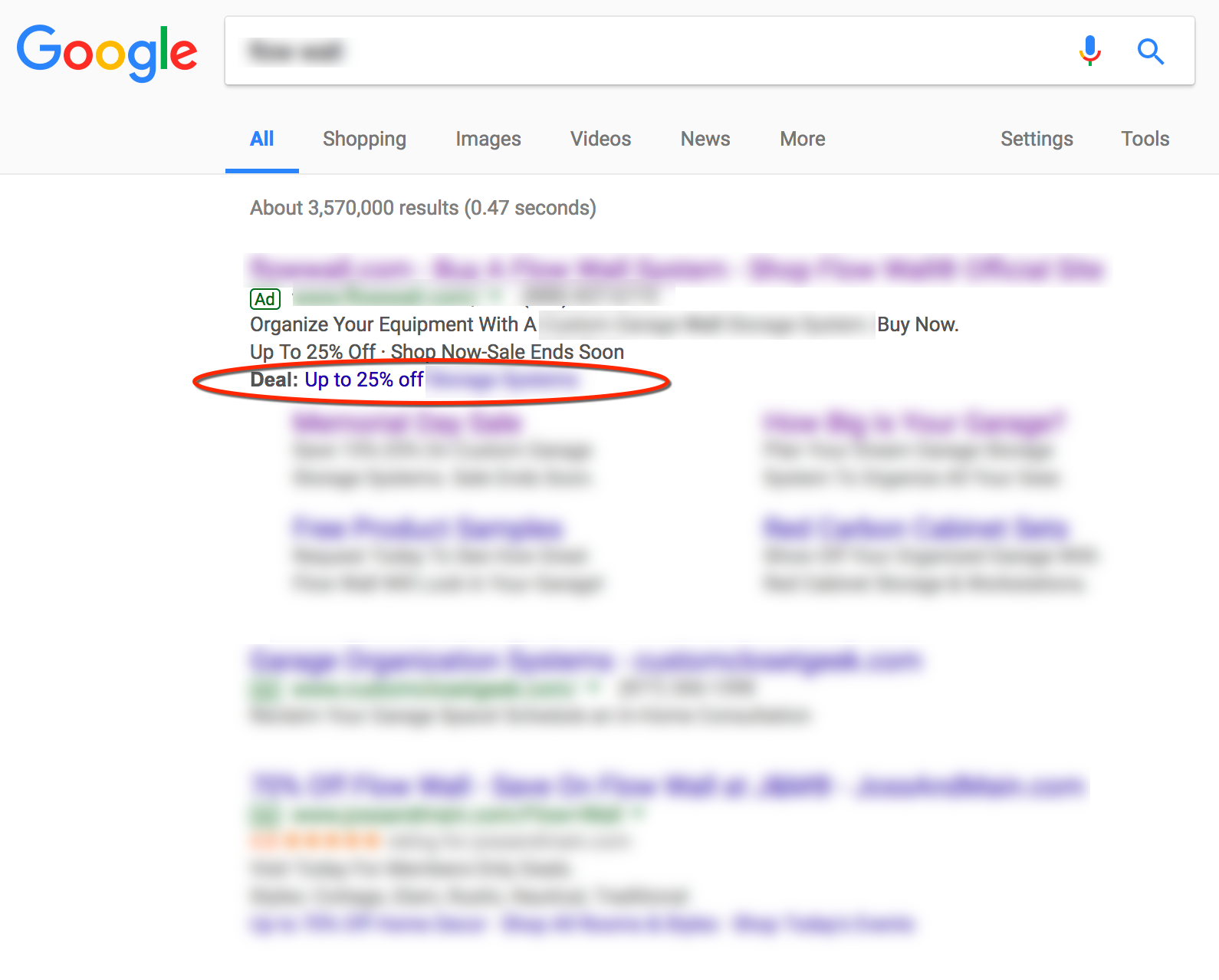 You get to choose the label (in bold). Here we’ve used “Deal,” but you can also use labels such as “Back-to-school” or “Mother’s Day.”

When someone clicks on the extension, they go directly to the special offer. The AdWords help files provide more details about promotion extensions and information about how to set them up.

Promotion extensions are still in the beta testing phase and aren’t available to all AdWords users. I’m not sure when they will be rolled out to everyone. I’ve seen suggestions of “soon” and “very soon,” but I haven’t been able to find official word from Google.

At Group Twenty Seven, we’ve been lucky to be included in the beta testing for this extension. When we approached our clients about it, most were eager to give it a try.

In some accounts, we started testing right before Black Friday. At first, volume and impressions were slow. Very slow. But they gradually picked up. We still don’t have enough data to give it a firm thumbs up or down, but so far we like what we’re seeing.

This extension is underused because it’s still in the beta stage. But if you do have access to it, I suggest that you get on it early so you can start accumulating data.

Not every AdWords extension is going to be a good fit for your business, of course. In some cases, you’ll know immediately that it doesn’t make sense. (Such as a promotion extension if you never run promotions.)

But any extension that might be a good fit is worth exploring, even if it means working through some logistical puzzles or stepping into uncharted territory.

Because if you leave these ad extensions unexplored, you might be giving the advantage to your competitors and, potentially, leaving money on the table.