Not long ago, one of my clients asked me to make sure their paid search ads weren’t displaying on sites featuring hate, fake news or extremist views.

This is an entirely reasonable request, of course. Most advertisers don’t want their brand, products or services to be associated with these sites, especially in our current overheated political environment.

But actually, fulfilling such a request is not so easy. 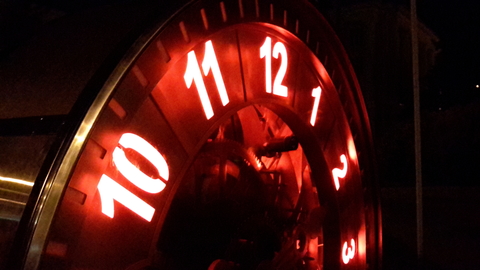 Now this isn’t to suggest that Google is ignoring the issue of bad sites and bad ads. In fact, it’s taken significant steps to improve user experience in this regard. For example, Google says it took down more than 1.7 billion ads that violated its policies in 2016. This number is more than double what they took down the year before.

In fact, Google says it has over 1,000 employees working to remove bad ads. (For more on Google’s activities in this area, see this article in Wired.)

In addition, Google has announced that it will it stop showing online ads (via Google Chrome) on websites that are not compliant with Better Ads Standards.

All of this is good news! But it doesn’t address the problem of good ads showing up on sites sporting hate, extremist views and fake news.

But maybe this is too much to ask? Maybe, given the number of these sites, this simply isn’t do-able?

But then, consider the Google Display Network.

Excluding Sites on the GDN

Interestingly, advertisers on the Google Display Network (GDN) are able to exclude sites based on a variety categories.

Basically, the GDN has a list of category options that advertisers can select. And when selected, their ads won’t appear on these kinds of sites:

In fact, my team automatically excludes these site categories for our clients as part of their GDN campaign set up.

How great would it be to add to this list categories for hate, extremist views and fake news?

To see if this might be something we’ll see in the future, I reached to my Google rep and explained my client’s request. She confirmed that category exclusions of that nature don’t yet exist, with a promise to let me know if anything is in the works.

I also tweeted my thoughts on this subject, which also drew some responses:

Clearly, other PPC pros would like to see category exclusions for these sites as well.

Granted, a category exclusions of this kind might make Google nervous from a freedom of speech perspective. And certainly, there could be some debate over what constitutes a “fake news” or “extremist” site. But even if these category definitions are applied narrowly, that would be an improvement over having no category at all. And of course, advertisers would be perfectly free to not exclude these sites.

With no category exclusion that we could use, my team did some research to develop a work-around solution.

We found that some universities have developed their own lists of hate, fake and extremist sites. So we took those lists, supplemented them with a few additional ones (as suggested by our client), and excluded them that way.

How Do You Exclude These Sites?

What work-around has your marketing team developed to exclude these sites? Let me know in the comments below.

And if you’d like to see Google create a category exclusion for these sites, I invite you to reach to your Google rep and let them know.

As we were going to press with this post, Google announced that they would be updating site category exclusion options for the GDN!

Most relevant to our discussion, Google will be adding a new category for “Sensitive social issues,” which might address some of the concerns discussed above: 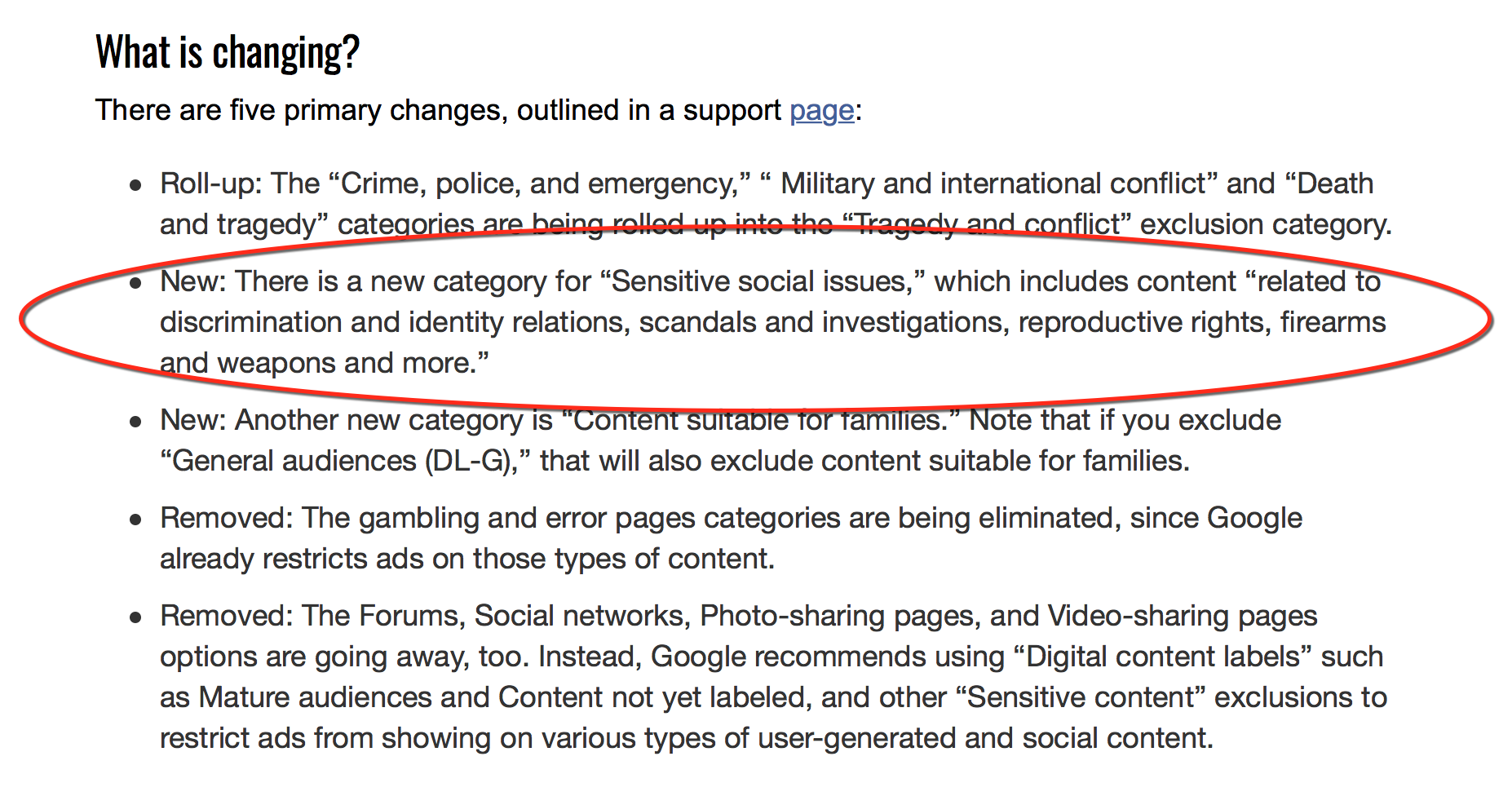 We can’t wait to see how this all shakes out in practice. Stay tuned!