We love the world of online advertising. Few places are as dynamic and innovative. Every day brings the chance to learn something new, find a different way of doing things and master new products and practices. It’s exciting!

And because we work with new and constantly changing products every single day, we tend to have a running list of product changes and additions we’d like to see.

And so, since we’ve been especially good this year, we humbly submit to Google our end-of-year PPC wish list: 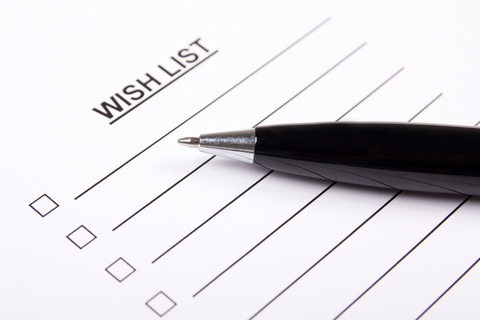 1. A Crackdown on “Illegal” Strategies

We continue to be amazed (and supremely annoyed!) by Google’s lack of response to “illegal” PPC strategies. While Google regularly threatens severe penalties for activities that contravene its policies, getting Google to take action is often an exercise in frustration.

For example, we have a client that provides corporate team building events in cities across the U.S. On the company’s behalf, we’ve been running city-targeted PPC campaigns.

Meanwhile, one of our client’s competitors is using a more aggressive (and “illegal”!) strategy. It has created hundreds (if not thousands) of duplicate websites targeting the same cities as our client. It then runs PPC campaigns driving traffic back to those sites. This strategy gives the competitor a twofold unfair advantage: it takes up valuable and limited ad space (a blatant contravention of Google’s policies on low value content) and it gives its ads a URL that includes the city name (making the ad appear more targeted—which appeals to prospects).

Needless to say, our client is extremely frustrated. Its competitor isn’t playing by the rules and, to add insult to injury, is known for hosting low quality events. (In fact, our client regularly picks up its dissatisfied former clients.)

When we brought this situation to the attention of our Google agency representatives (we raised it on three separate occasions over the course of many months), we finally got the following response: (1) We’re working on it, (2) Fill out the complaint form (again), and (3) If you retaliate by employing the same tactics as the competitor, your account may be suspended.

This isn’t the first time we’ve seen this kind of scenario. One another occasion, one of our client’s competitors was double serving ads via Shopping campaigns. At our urging, Google did take action, but it took 10 months! Meanwhile, our client was losing revenue as a result of its competitor’s tactics.

So, Google, how about putting some weight behind your rules? Because if you’re not going to enforce them in a timely manner, why even have them?

Next, how about some aesthetic upgrades to text ads? The importance of aesthetics and design online is well established. You could fill a library with books on how to use color and design to keep people on your website!

We suggest that aesthetics and design are every bit as important in online text ads.

To start, how about adding color to ad extensions or callouts? We have color in the headline, URL, “Ad” icon and star rating. But how about the rest of the ad? With the exception of a few blue hyperlinks, it remains a solid block of gray text:

So please, please, Google: Could we get some color to make this text easier to read?

You may have seen my column on the topic of ad blocking in Search Engine Land. Allow me to continue beating the ad blocking drum here.

While ad blocking has been around for some time, it reached new levels with the recent roll out of Apple’s iOS 9, which allows developers to include ad blocking capabilities for Safari browsers.

Support for ad blocking software is a symptom of the growing backlash against heavy-handed advertising and tracking. At this stage, the balance between user experience and monetization is heavily weighted in favor of monetization. And this is a shame because—with a bit of restraint and more precise targeting—advertising can benefit not only publishers, advertisers and networks but also users by adding valuable content (instead of distracting from it).

But it will take a powerful player (ahem, Google) to shift the balance. And it needs to happen sooner than later. After all, everyone has something to lose with ad blocking (except, perhaps, for the ad blockers themselves).

So there you have it, Google. We eagerly await receipt of these items before the New Year! Thanks so much!