If you’re a regular reader of this blog, or a client of Group Twenty Seven, you know we’re all about numbers.

We never expect clients to engage us on faith alone. We take pride in proving our worth with hard data, especially when it comes to ROI.

So how can we argue that, in specific circumstances, it’s wise to keep non-converting campaigns live? Doesn’t that contradict everything we stand for?

Well, it might appear that way. But in practice, not at all. 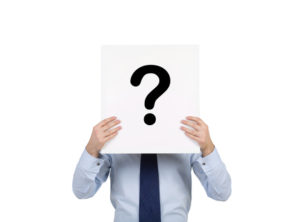 To illustrate, let’s look at a recent client example.

One of our clients gives us an unlimited budget to work with, as long as we maintain a revenue-to-costs ratio of 5:1 or better.

(Many of our clients structure their PPC budgets this way. For more on this topic, check out our post Where to Spend Your PPC Budget: A Few Strategies.)

So we set up the client’s campaigns, divided by branded and non-branded keyword terms, as usual.

Now, when we started, this particular client had little brand recognition and hardly any presence in organic search results.

So, as you might expect, for the first couple years (2013-2014), the client’s non-branded revenue was in the red by significant amounts.

Fortunately, at the same time, the client’s branded campaigns were delivering very healthy ROI—more than enough to cover the losses on the non-branded side and keep us well above the client’s ROI ratio requirements.

But then, things changed big time—for the better—in 2015. The client continued to do well with branded revenue, but it also made a huge leap forward in non-branded revenue.

Here are the details:

It took a few years, but eventually those non-branded clicks helped put all of the company’s campaigns on more solid footing.

The lesson here? If you’re willing to wait out some losses on individual PPC campaigns (while overall PPC ROI remains strong), the payoff can be huge.

Another Client Example, In Reverse

We’ve also seen this theory confirmed in a reverse scenario, i.e. where a client isn’t willing to wait out losses on individual PPC campaigns—even when overall returns are strong.

For example, one of our long-term clients hired a new marketing manager a few years ago. The new manager believed that any non-converting campaign was a dead campaign and should be cut, which we did (reluctantly) per his orders.

And what we found was this: As we turned off more and more of the client’s non-branded, non-converting campaigns, the client’s (previously healthy) branded campaigns also started to decline.

As a result, over time, the client’s campaigns became thinner and thinner, until there wasn’t a whole lot left to manage.

Take a Holistic Approach to Your PPC Campaigns

Sometimes, if you’re too quick to turn off non-converting campaigns, you may end up limiting the success of PPC campaigns that are converting.

It pays to keep your focus on the big picture. Don’t automatically assume that non-converting campaigns aren’t earning their keep. Sometimes, they contribute to the success to your other PPC campaigns in ways that you, and your marketing team, don’t fully understand. And these campaigns may eventually move from negative to positive revenue if given enough time.